“It’s inexplicable. I was shocked.  I’m a completely
different person than what I was before.” —New Mom

“It’s inexplicable. I was shocked. I’m a completely
different person than what I was before.” —New Mom

Your Brain on Motherhood

“Motherhood changes you because it literally alters a woman’s brain—structurally, functionally, and in many ways, irreversibly.”   - Louann Brizendine, The Female Brain

When we hear “pregnancy brain” we usually think of the loopy forgetfulness and brain fog that shows up during pregnancy, but that hardly describes the powerful brain remodel that’s underway. For decades, dads have said it’s not just a new baby they bring home from the hospital: it’s a new wife, too, and science agrees…

Studies show the changes taking place in a mom’s brain are no small thing: 100 billion neurons are being re-purposed for motherhood: BILLIONS! Neurons we don’t really use are pruned and re-purposed, and neurons built for motherhood are bulked up. It’s like optimizing your computer. You delete files you don’t need and do software updates to make the whole thing more efficient: As a human, you’re becoming more efficient!

Among the skills strengthened:

And pregnancy hormones like estrogen, progesterone, and prolactin play a big part in your brain changes, but oxytocin (“love hormone”) has the biggest impact of all.

During childbirth, oxytocin triggers contractions (Pitocin, a synthetic version of it, is used to induce labor), and it’s a major player in breastfeeding, helping with the release (“let down”) of milk. And when it comes to bonding, just thinking about your baby, or cuddling, or smelling her soft skin releases feel-good sensations that lead to bonding (same for Dad). Oxytocin is so strong that studies show hits of it are even stronger than cocaine, which explains why we become so hyper-driven to protect our baby.

So if you find yourself frustrated because you keep losing your car keys, just remember your brain isn’t turning to mush; it’s gearing up for motherhood—a very good thing! 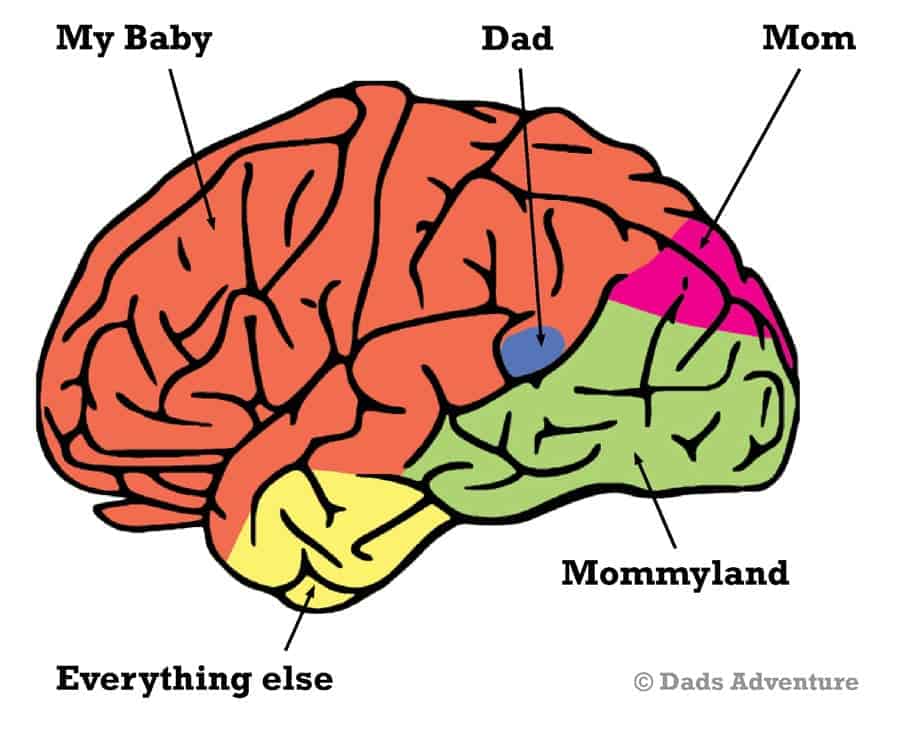 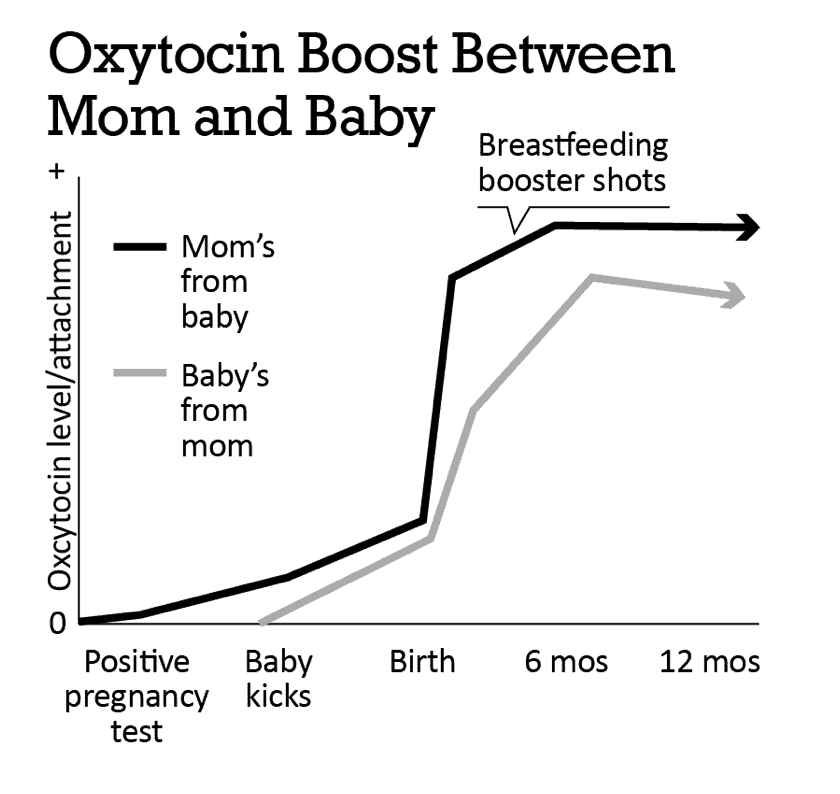 "At Boot Camp, one of the moms mentioned one of the effects of oxytocin is that it just completely changed her personality. Before giving birth, she was a really stressed out, high-strung, personality…After giving birth, she did a complete one-eighty. She became this calm person and it was just all about baby, which was the exact same thing that happened to me and I’m so glad" - New Mom

Definition of gatekeeper: 1: one that tends or guards a gate, 2: a person who controls access
—Merriam Webster

One of the most common challenges new parents face is “gatekeeping”; that hormone-driven headspace moms get where we’re overprotective and convinced no one else is capable of caring for Baby—including Dad. It’s cave mom biology in overdrive (back when lions and tigers and bears were on the scene), and it leaves Dad out in the cold, and/or constantly criticized.

Sarah J. Schoppe-Sullivan, Ph.D., mom and researcher from Ohio State University, studied couples before and after their first baby was born, and the results showed that even moms who fully planned on co-parenting struggled with gatekeeping (especially “type A” moms).

You may be gatekeeping if…

When gatekeeping takes over, it’s a no-win for the whole family: Dad doesn’t get one-on-one time with the baby to bond and develop confidence as a father; Baby misses out on the positive brain growth that happens though her unique experiences with Dad; and you miss out on the support Dad offers.

So what’s the cure?

Encourage your partner’s involvement by any means necessary. Not always easy with hormones running high, so you’ll want to talk about it in advance and make a plan. Some couples come up with a code word to use when gatekeeping pops up (Dad uses it so you know to dial it back).

"I was always over my husband's shoulder. If he didn't hold the bottle right, I would tell him to do it this way. After four months, he sat me down and said, ‘You know, he's my child too. I do know how to handle him.’ It was difficult for me to let go a little bit and for him to understand where I was coming from. I think it's something you should talk about because it won't always go as planned."    - New Mom

“I hover and correct when things aren't done the way I would do it. I remember we talked about it when I came to Boot Camp as a pregnant woman, and I thought ‘I won’t do that,’ but I don’t have a filter when it comes to correcting. So, yeah, I will leave…Because if I’m in another room and I hear him I will go in there and I’m right back to correcting him.”    - New Mom

The Impact of It All

Along with big shifts in brain chemistry, expect an emotional shift that will take you by surprise. Overwhelming feelings of responsibility, vulnerability, and fear may come in waves and leave you wondering: Who am I?

So just know your most well thought out plans may need some rethinking once the baby is born. While your beliefs and personality will shape you as a mom, your experiences will affect your choices and the direction you take. Open and ongoing communication with Dad will keep you teamed up and managing parenthood together.

In other words, stay the course and don’t let your hormones swing you by the tail!