"Babies never seem to get discouraged when they're learning something new. They just keep trying." - New Mom

"Babies never seem to get discouraged when they're learning something new. They just keep trying." - New Mom

Your Baby’s Love Potion: It Exists!

When we’re pregnant, most of us worry if we’ll bond with and love our baby enough when they’re born, but babies arrive guaranteed to make us fall madly in love.

These little guys are equipped with a built-in bonding system designed to get you hooked, and all it requires is doing what comes naturally: cuddling, gazing at each other, smiling—all of it triggers oxytocin’s powerful, feel-good sensations that lead to bonding. The intoxicating smell you get from your baby’s head? That’s nature’s genius at work ensuring you can’t get enough of her. 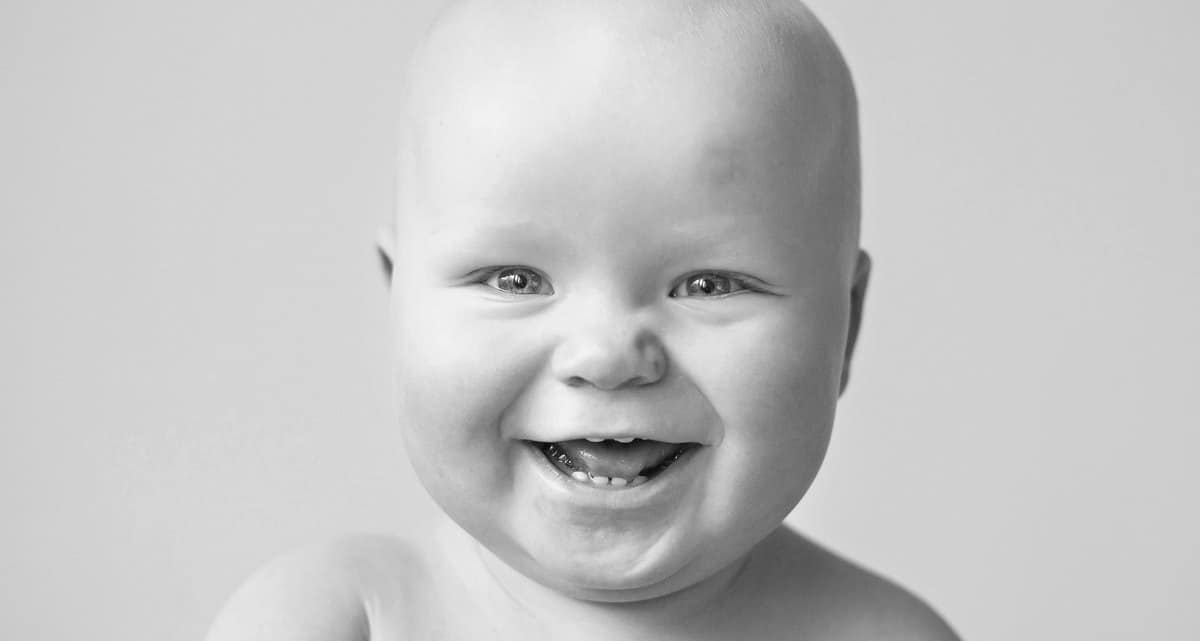 Your Baby’s Brain…Prepare to be Amazed

It’s true, your baby’s brain is beyond amazing, and there isn’t anything more incredible than what happens inside her head. It’s a complex symphony of nature and nurture that transforms a tadpole into a one of a kind human. And the idea that a baby’s brain is a hunk of clay to be molded is  false and ignores the magnificent reality that babies are born with a distinct, fully-formed temperament in place. Understanding what makes your baby tick will give you a giant leg up in helping her thrive.

“She definitely came out with her own personality.”
–New Mom

“In a lot of ways, it’s like when you first start dating someone. You don’t know them at first and you have to get used to them.” - New Mom

Babies are determined learners and they naturally grow their mind in a way that works best for them. They’re constantly picking up on everything around them and fascinated by each new experience. Just watch a child’s quizzical eyes, intense gaze, and curiosity and you’ll see their brain wheels turning.

And babies are creative learners, like little ones who learn to roll around to get where they want to go before they’re even crawling. You’ll see how thrilled your child is when she masters new skills like crawling, standing, and walking (babies are fast, so stay alert when yours gets moving!).

And how you interact with your baby also influences her learning. She’ll stare intently at your face, observing your expressions, inflections, and gestures—and babies are natural-born mimics. One of the first pictures from Boot Camp for New Dads was a father sticking his tongue out and his baby mirroring the same. It’s a great reminder that your little one picks up on everything you do—even at this age!

As parents, we contribute a lot to our child’s development, but we can also block curiosity and learning by doing too much for them. For example, if she reaches for an object, let her take on the challenge to grasp it on their own rather than handing it to her. And since a baby's brains remain elastic, every experience continues to shape her development.

During the first half of your pregnancy, your baby grows over 100 billion brain neurons. Synapses start forming between neurons to pass signals between them in a network (it’s like the wiring in your house, except brain wires grow on their own and follow a built-in wiring diagram). Your baby’s heart, arms, legs, eyes, and ears get connected first, and hearing is ready to go a month or so before birth (enabling her to recognize your voices).

Each neuron eventually connects to 15,000 other neurons. Multiply this by 100 billion neurons, and you get 1,500,000,000,000,000 (1.5 quadrillions) connections forming your baby’s brain! There are many, many more possible combinations, which is why she’ll be so entirely unique and utterly fascinating.

At birth, even though her brain is forming at a furious pace, less than 20% of these neural connections are built and only 1.2 quadrillion synapses to go! In her first year, her brain will triple in weight.

READ! All About Baby’s Incredible Brain

How Your Baby Learns

As your baby grows, every life experience influences her development, and a wide variety of experiences literally change her brain—starting before birth.

When she’s in the womb and hears you, it stimulates her brain to create new synapses for recording your voice. As these connections get stronger, your voice imprints on her brain; the same happens when she hears your favorite song on repeat and once she’s born, she’ll know the tune now stored in her memory bank.

At birth, her brain records your touch, smell, voice, and facial expressions. With eyes wide open, she’ll explore all around as her neural network for vision calibrates to 20/20, and she’ll start imprinting visuals, beginning with your face. When you hold her for the first time and she stares into your eyes, her neurons are furiously generating new synapses, and each time you hold her, even more fire up to bolster the connection.

Brain wise, your baby’s neurons don’t yet possess all of the needed programming; the circuitry is laid out, but the switches haven’t been turned on. Her sensory experiences will facilitate circuit connections necessary for language, vision, emotions, comprehension, and physical coordination and stimulation is critical.

Rich experiences produce rich brains. It’s what turns a mass of brainpower into a functioning human being. Like a muscle, a baby’s brain increases its function according to how much it’s used. You and Dad stimulate your baby by talking to her, being affectionate, showing her the world, and introducing objects to see, feel, taste, and experience. Think of it this way: Every time you put something new within your baby’s field of vision, thousands of new brain cell connections are being made.

Babies use their motor skills and natural ability to suck to master breastfeeding with a “try this, try that” approach to what works and what doesn’t. The same goes for her legs and arms: initially, they flail around but they soon evolve into rhythmic patterns that exercise her muscles. After a few months, she’ll discover her hands and stare inquisitively at them as she learns to grasp objects (major milestones). Speech begins with hearing and babbling and is further stimulated by your facial expressions and verbal communication.

Her brain then turns to thinking, which includes logical processing. When she’s three years old and asking you hundreds of questions a day like “Why is water wet?” she’s using neural networks for higher reasoning, and her brain keeps on forming until she’s in her twenties.

“It’s pretty cool when you think about it. Babies never seem to get discouraged when they’re learning something new. They just keep trying.”  - New Mom

“Babies change so much in the first year. One minute they’re stationary on a blanket, and the next thing you know you’ve got a baby on the run.”  - New Mom

Your baby’s brain network built just for you will become very large since nature drives her to survive, which is all about YOU. During these initial months, she’ll learn that she’s safe, comfortable, and loved. She’ll learn she can count on you no matter what, which gives her a strong sense of security throughout her life. Studies show that when a mother enters the room, her baby’s heart rate calms down, and she can actually soothe her baby in the same way pain medication does, except mom’s way is organic via oxytocin surges.

Brain research shows the amount of stress a new mom feels is transferred to her baby. For example, when connected to biofeedback while holding their babies, moms were asked to imagine they were on a sunny beach or listening to the ocean and, incredibly, their baby’s heart and stress rates decreased. When asked to imagine financial stress, yup, both went up. These moms weren’t speaking or consciously doing anything differently, but their babies still tracked their stress levels. The conclusion was babies pick up on emotions through non-verbal methods like scent and body temperature. Though they can’t speak yet, babies are finely tuned-in and their senses work exceptionally well.

It's also clear that a parent's stress level does impact Baby's brain development. One result is Baby's reduced ability to concentrate and increased irritability. Babies are also impacted by conflict and arguing between parents, as proven by their higher stress hormones.

So reducing stress and anxiety as much as possible is essential. Self-care is one of the best things you can do, because when you relax, so does your baby.

“The other day, my husband was letting my son play in the closet and take everything out, and I thought, ‘That’s not good.’ But this has now become my favorite thing, and I let my son take everything out…it pushes me to be a little more flexible.” –New Mom

Differences Are a Plus

Thanks to scientific studies, we know exactly what babies tend to get from each parent.

Researchers in Denver placed babies in a room and asked both parents to enter individually. When Mom walked in and stood five feet away, her baby’s heart rate went down and she (baby) became calmer. When Dad walked in and stood five feet away, the baby began moving her limbs and her heart rate went up, anticipating excitement. Of course, this doesn’t mean moms aren’t exciting and dads aren’t calming, but it does confirm that each parent has a distinct and equally important role in their baby’s development and life.

The combined differences you and Dad bring to the table are giving your child one of the greatest gifts of all: a strong foundation in the world and a more confident approach to life. In short, children benefit most from the contributions both parents make to their long-term well-being. And for real growth, adding grandmas, grandpas, aunts, uncles, friends, and caregivers into the loop gives your baby a mega brain boost.

READ! What Dad's Play Does for Kids